Jury motivation
It was a difficult decision because these three very different entries are difficult to compare. In the end, we thought the Velodrome was outstanding because of its technological, innovative and sustainable solutions worked at every level. It also rethinks the typology of the Velodrome and is a model for future Velodromes. At the same time, it’s a beautiful project that also regenerates and transforms a former wasteland into a vibrant new public park. 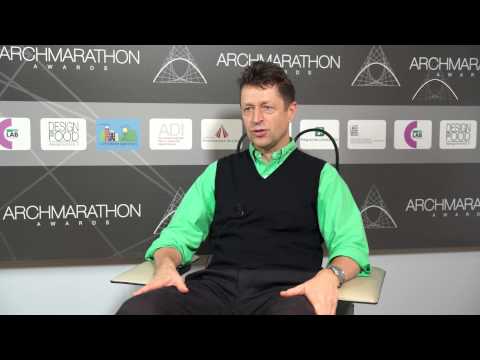 The 21,700m² Velodrome was inspired by the activity which takes place within its walls; from the beginning of the project Hopkins Architects wanted to apply the same level of design creativity and rigor of engineering that goes into a bicycle to the building itself. It was important to the architects that this not serve to mimic but rather that it manifest itself as a three-dimensional response to the functional requirements of the stadium and its aesthetics and shape thus emerged directly from this process. The Velodrome contains 6,000 seats in both Olympic and Legacy Modes and embraces both contexts with minimal transformation.
The concrete upper and lower seating tiers are split by the public circulation concourse which allows spectators to maintain contact with the action on the track as they move around the building.
The design strategy focused on minimizing demand for energy and water and integrating this into the fabric of the building to reduce reliance on systems and infrastructure. The daylighting strategy applied to the main cycling arena exemplifies this approach.
Other notable features include high levels of insulation coupled with natural ventilation to reduce energy demand and rainwater harvesting which reduces potable water demand by 75% for the building.